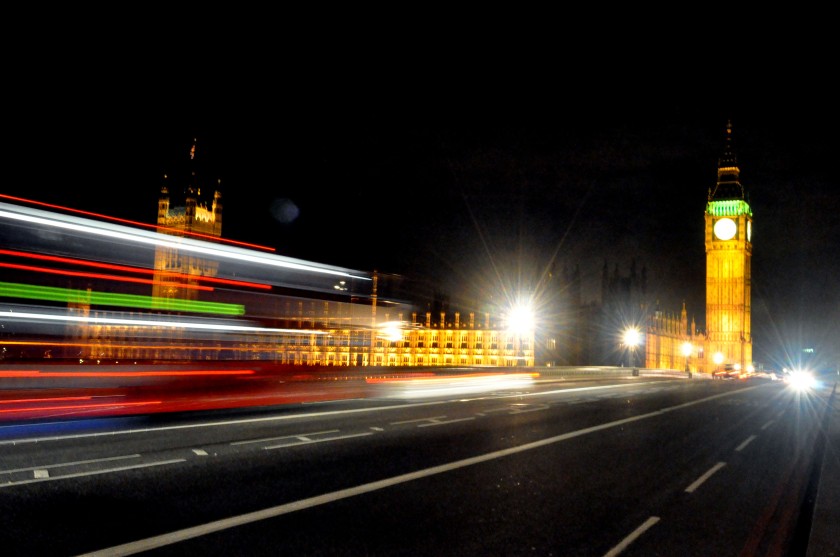 In case whenever I mention shutter or diaphragm, or f stop, you are left there wondering what exactly I’m talking about, and to avoid you thinking I’m talking about windows, or anatomy, or whatever it is you’re thinking, I’ve decided to quickly write a bit about these 2 pieces of a camera, see if I can shed some light on the topic – wish me good luck!

It’s worth noting that sometimes you have both elements combined in one!

(I’ve found a video in YouTube that might help seeing how it works. Look at the speed!)

This is simply the part of the camera that controls how long light is going to get through. It would work like your eyelid. The longest it’s open, the more light will go through. Simple, isn’t it?

Now, cameras are very sensitive nowadays. At the beginning of photography, people had to stay still for even 3 minutes to be captured in an image! Can you imagine it? They even had some neck and head supports to help keep the pose for that long! That’s why everyone looks so serious and stiff in those images.

Thanks to technology, film and sensors are much faster now, and only fractions of seconds are needed.

The shutter speed will vary on the camera you have, but it will be represented by 1/x of a second, where x can be any number from 2 to 1000 or higher! That would mean that the shutter will remain open for just half a second in the first case, or for a thousandth of a second.

You can also have longer speeds, of course, ranging from 1 second to sometimes 15 minutes or more. There is also an option, although not all cameras might have it, in which the shutter will remain open for as long as you’re pressing the shutter release button.

So, the shutter controls the time, OK. How does this affect my photograph?

Well, the shorter it’s open, the less light goes through. If it’s a sunny day, you can work with a really fast shutter speed, while at night, you might want to keep it slower. Also, a fast shutter has another advantage: it freezes the moment. When the shutter stays open for longer periods of time, moving objects will become blurred. You might want to use this to your advantage: to create a sense of speed, or movement; maybe to convey dizziness, or even as an artistic trick to make the water in a river look like fog. This happens because when the shutter opens, the object is in place A, and while it’s still open, the object moves to point B. As we’re not recording video, only one still image, the object imprints the same image several times, appearing “several times” in our frame, which gives the impression of blurriness. 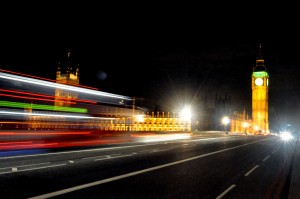 the static objects remain relatively focused, but the lights in the cars appear blurred 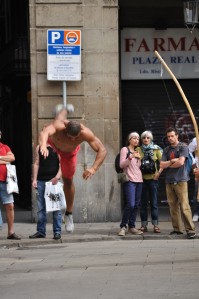 the guy appears “frozen” in the air, due to a fast shutter speed – however, not fast enough for his feet!

Another problem with longer or slower speeds is your own pulse. We can’t keep completely still, no matter how much we try, so instead of the object moving in our frame, it would be us moving the frame and taking different angles from the same static subject. Does that make sense?

This can be easily avoided by using a tripod. Generally, you will need a tripod for anything longer than 1/60 of a second (as a general suggestion, but you should find the one that works for you). Even when using a tripod, you need to be careful when pressing the shutter release, as you might move the camera then – this might be imperceptible to you, but might appear in the photograph! Also, the own camera mechanisms might create movement and blur the image… Well, this is getting too much into detail, and I’m guessing these movements are probably non-existent nowadays, but it’s worth mentioning.

If you’re using a long speed trying to shoot handheld (having ignored my recommendations of using a tripod), then you need to find a good posture and balance. Usually, spreading the feet apart helps with your stability. Try to lean on to something to help keep the movement to a minimum and try to keep the camera, held with both hands, as close to your body as possible. Take a deep breath in, exhale and then shoot. I’ve heard some excellent photographers are able to time the shooting between their heartbeats, but I don’t know if that’s actually true. I certainly haven’t achieved that level of zen yet!

This element belongs to the body of the camera as well. Remember how the shutter controls the amount of time light will be passing through, like an eyelid? The diaphragm controls the quantity of light reaching the film/sensor, like your iris and pupil.

Pupils are not static – ever! Leaving aside the non verbal communication theories that state pupils dilate when looking at something appealing to us (glutton pupils! Getting bigger to take in as much as possible!), we will focus on how they’re affected by light.

Again, let’s use some examples.

You can’t probably notice this on yourself, so it’s easier to test it with the help of an assistant and, if that assistant has blue eyes, it will be even easier!

When it’s really bright and sunny, our pupils will contract as much as possible, so as to not let too much light through. At night or in dark places, they will dilate or grow larger to take in as much light as possible.

A couple of notes here… When we’re out on a sunny day and go to a dark place, we say our eyes need to adjust to the light. That’s because the pupils were too small in the sunlight, but now they need to grow larger to let more light through, so we can’t see properly for a moment. It works the same the other way around: being blinded by the lights of an oncoming car at night is caused because our pupils are large so we can see in the dark, and they suddenly receive too much light. You can also see this in cat’s eyes, during the day or at night.

Also, pupils are one of the reasons for the much despised red eyes. Imagine the scene: it is dark, so your pupils are dilated to their maximum. Suddenly, someone takes a picture, pointing a flash at you (remember we mentioned at some point flashes are a very potent source of light?). This light will go through your wide open pupils, which are too slow to contract quickly, and to the back of your eye, where it will bounce back again, catching all the small blood vessels in your eye on its way back and,  voilà, the camera records it. Have you noticed what happens when you select the red eye option in the camera? How does that option work? Basically, a short and quick burst of flashes are released just before the photograph is taken. These previous flashes make the pupils contract just before the photo, so when it is taken, they’re already narrow and cozy, and don’t let all that light bounce back, revealing those unattractive blood vessels. Now, if you have blue or green eyes, you’re more likely to get brighter red eyes, as there is some melanin and other factors coming into play (sorry!).

Right, as usual, I’m digressing. Back to the subject at hand!

Thanks to the f stops or f numbers. These numbers will normally go by 2, 4.6, 5.2, 6.8, 8, 12, 16, 22, more or less. Sometimes you’ll see them like this: f8. Now, this is tricky, but basically, the higher the number, the smaller the aperture, so the less light will go through. f2  is your pupil, at night, in the middle of the forest, far away from any form of civilization, no lights, no torch and no moon. Possibly even some strange noises around, which would make your pupils even bigger! f22 would be your pupils in the desert, in the middle of a sunny day, with no shade, and a very suspicious person next to you (supposedly, when we don’t like someone our pupils contract and get smaller).

So, as a summary:

Depending on the lens you’re using, you may only have available apertures ranging from f8 to f16. Some lenses, such as telephoto lenses, will need bigger apertures to let enough light through (this is due to the amount of lenses inside, which makes it go darker and darker).

Also, you need to bear in mind the resting position of the diaphragm, and how the mechanism to reach your desired f number will affect your results. For example, if your camera uses a f2 on its resting position, it means whenever you’re not taking a picture, that’s the size of the opening. If you want to take a picture on a f8, the diaphragm won’t have to travel far, but if you’re after a picture using a f22, it will have a big gap to cover. If you have a really good camera, you might not notice this, but it will definitely affect its speed when trying to take bursts of photographs, for example.

In any case, as you’ve already guessed by now, especially if you’ve been reading the composition tutorial, nothing is that simple in photography: you might want to use a big aperture (low number) on a sunny day, for certain purposes…

How much do you know about depth of field?