Today I’m going to write about something serious.

This morning I had some bread with honey for breakfast, and while preparing the feast, I thought about something…

Everywhere around the globe bees are dying for no apparent reason. I remember reading somewhere that man has not managed to create artificial honey, so once all bees are gone, that’s it, no more honey for us.

If you think about it, it is really sad. I first heard about it a couple of years ago, I think, or maybe I’ve always known… Then, I came across news and studies done about the matter. Bees are dying, and whilst there are many theories, nobody knows exactly why.

If the bee disappears from the surface of the earth, man would have no more than four years to live. No more bees, no more pollination … no more men! – Albert Einstein

Just think that bees pollinate everything, so if they went extinct many plants would also die, unable to reproduce, which would also cause a climate change (no plants or trees, no oxygen, no rain). It might not be as drastic as to say we would only survive for 4 years, but it would definitely impact the world as we know it, and humanity would suffer in the long term.

Thinking about the disappearance of the bees also got me thinking about other animals that have become extinct and we haven’t even noticed, wonderful animals that we may have never even heard about, and I decided to do a little research on the matter.

Only in 2012 there have been animals that have disappeared from Earth, like the Pinta Island Tortoise… Only in the last 30 years 20 species are known to have gone extinct. That’s almost one a year!

True, some might be part of the whole evolution process: an old species die to give way to a newer, better improved one, but some of those didn’t have to disappear, like the Caspian Tiger…

There are so many beautiful animals out there we are going to miss. I remember, when growing up, I learnt about the dodo, and I found it strange that we knew about this animal, a more recent disappearance than dinosaurs. From a Spanish point of view, the disappearance of the Pyrenean Ibex came as close to home.

At the moment, there are around 2700 endangered species in the world. That’s 2700 creatures that are going to cease to exist in the near future. Some of these are pretty much extinct as the numbers aren’t enough for the species to repopulate (and if they do, it will be through heavy inbreeding, which would cause a whole different set of problems). Scientists are using clonation and breeding with similar species in order to help them survive, but their efforts are not enough. Pesticides, deforestation, hunts, pollution, civilization in general, we are responsible for the death of these many animals.

Anyway, I’ve been thinking about this all day long, and it’s made me sad. I’ve had to keep myself busy so as to not think of the consequences… I like honey, and I’m now wondering what other amazing stuff I am now missing just because of our irresponsible behaviour. Things like the beautiful colour of some toad, or maybe the songs of a bird… 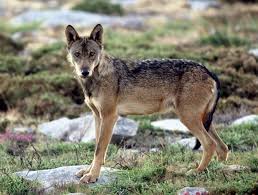 Also, some species, like the Iberian Wolf has been endangered for all my life, although it’s now considered vulnerable. However, the Iberian Lynx is Europe’s most endangered mammal.

How can we let animals as beautiful as these disappear?

P.S. None of the photographs appearing in this entry are mine, they have just been found by means of Google search.