Last week I was invited by Halloween Jack to be a photographer for their gig on Thursday at The Underbelly of Hoxton in London.

This is something I had never done before. The closest would be by taking my smartphone or point-and-shoot camera and snapping some drunken pictures of our shenanigans in a pub. On this occasion, my friend had asked me if I would be interested in advance, so I had time to prepare and worry about the outcome.

Taking photographs at concerts or bars is quite tricky. First of all, there isn’t a proper source of light. It seems that light levels are relatively constant (er… dark all the time?) but since the light moves from one lamp to another, and changes colours, it’s difficult to get great results. I read a lot about the subject because, even if I do understand my camera, and how photography works and how to play around with the settings, the unknown is something that makes me nervous, what can I say?

On the night, I went a bit earlier to check the venue and test some camera settings, so I wouldn’t waste much time during the actual performance. Of course, there’s bright light at sound checks, with different LED lights that aren’t moving or changing colours. Still, the rest of the bar was darker, so I made sure I had a broad idea of what I needed to do after.

The thing I wanted to avoid the most was getting the guys blurred or out of focus. Since they’re rock stars, they’re going to move when they sing/play, and we need to see them as sharply as possible. Also, I needed to make sure I got the picture at the right moment, because that’s what creates awesome images that last forever and help artists become idols – hey, one can dream!

So, in order to get that, and without using a flash so I wouldn’t blind the band, I had to set a high ISO, and that’s why the pictures appear grainy (noisy, for all of you from the digital area). This, actually, makes gig pictures look awesome, I believe.

The only issue was that I was so focused on getting the best photos, that I didn’t really have time to enjoy the gig! It’s a good thing I have them on my Spotify playlist and it seems I will be attending more of their gigs too!

Without further ado, here are my favourite photos of the set (some you might have seen already, but I am also showing some photos exclusive to [shutter and ink.] as a preview, so you’re getting a VIP treatment, just for being one of my readers! *wink) 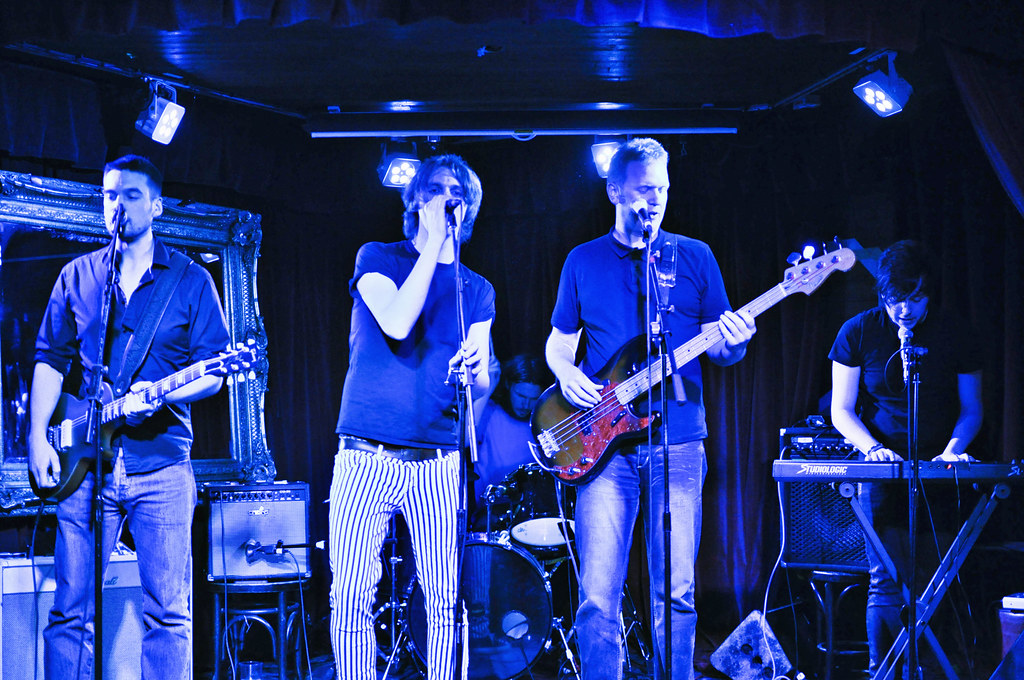 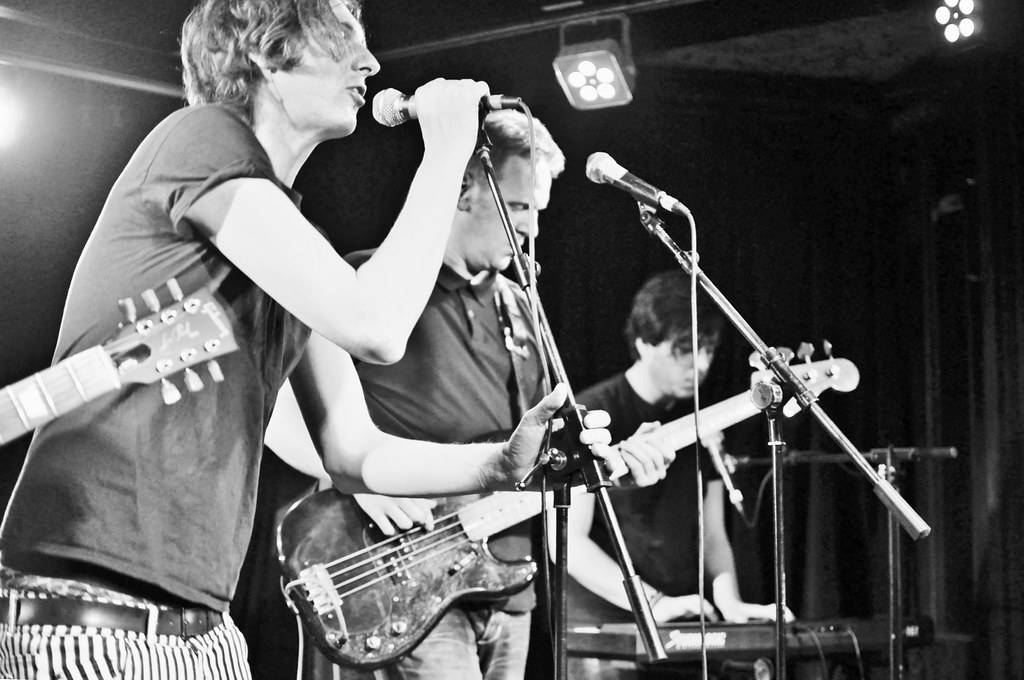 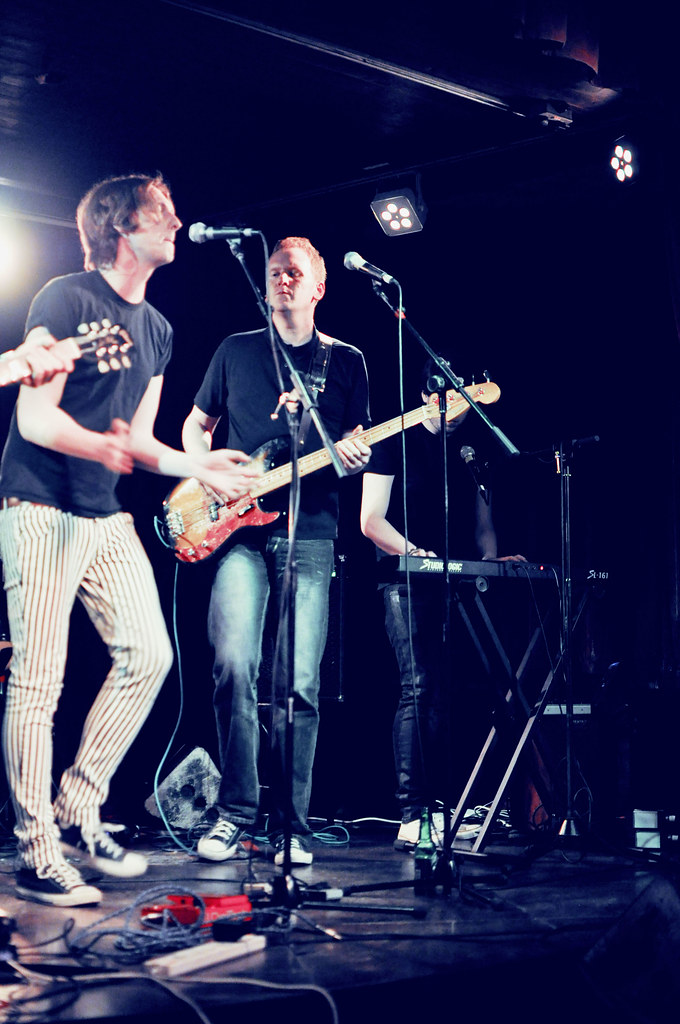 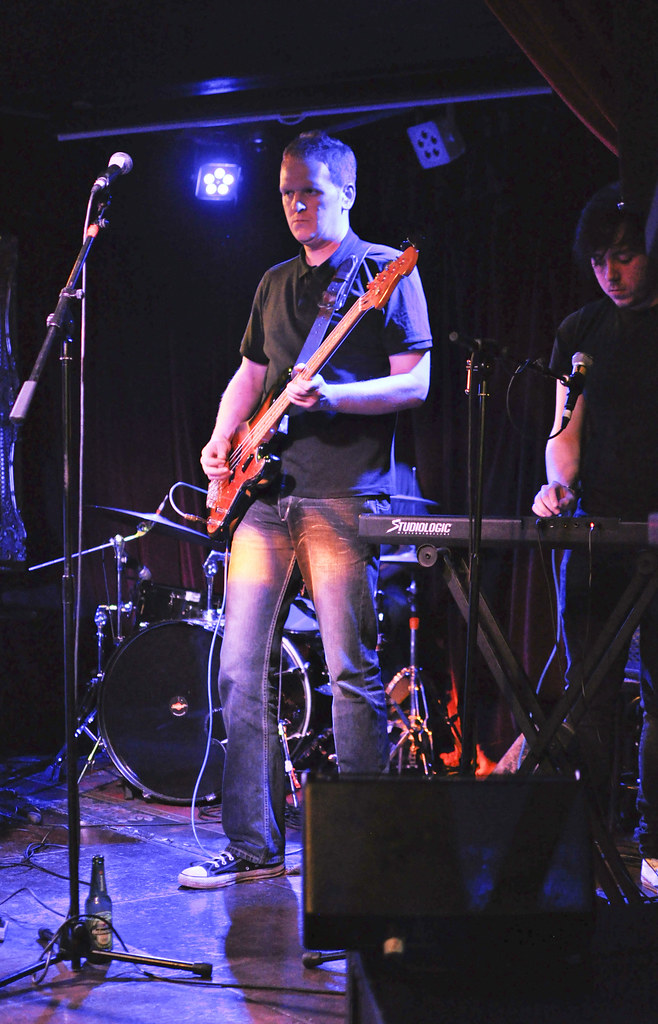 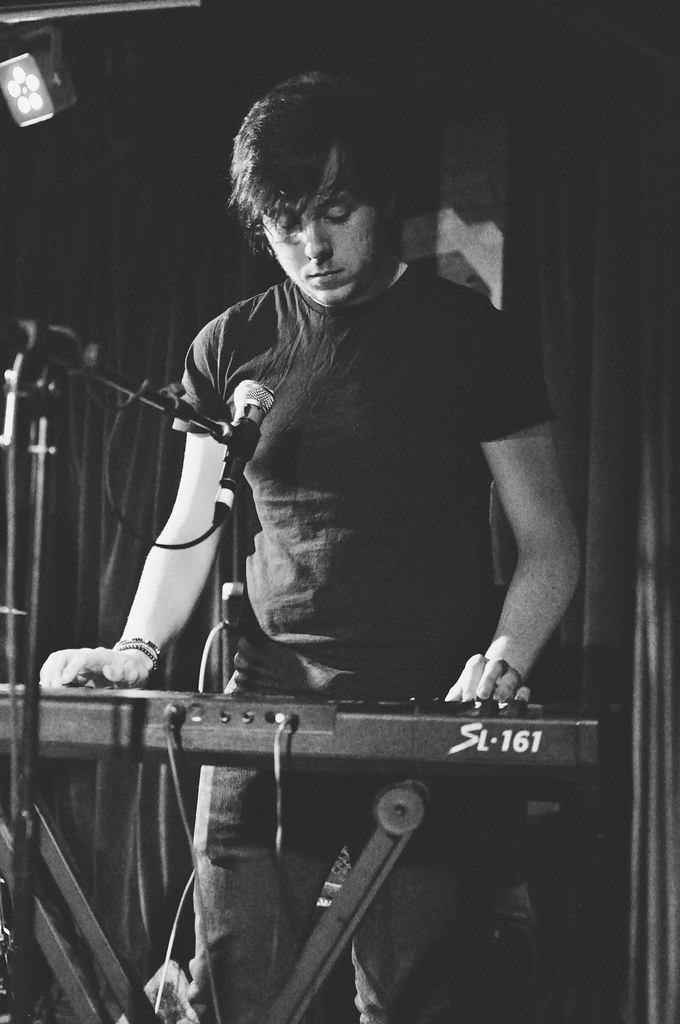 It’s always good to get some shots of each member of the band, or a couple of them together, as we want to see who they are! 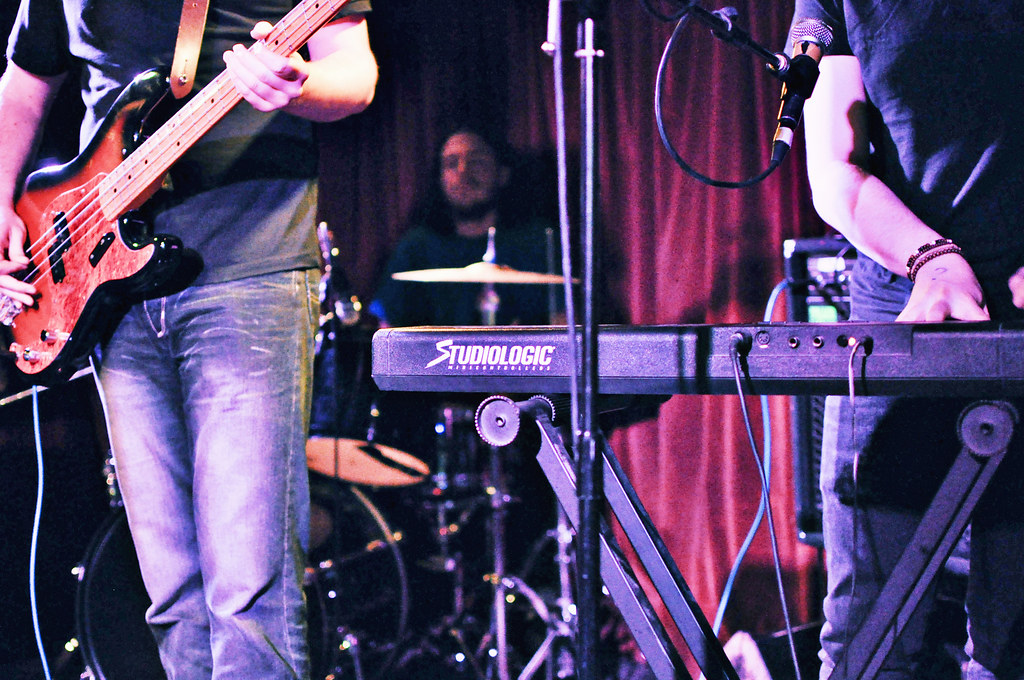 I tried to also capture the instruments and tried to take shots from different angles, to do the whole let’s tell a story sort of thing. 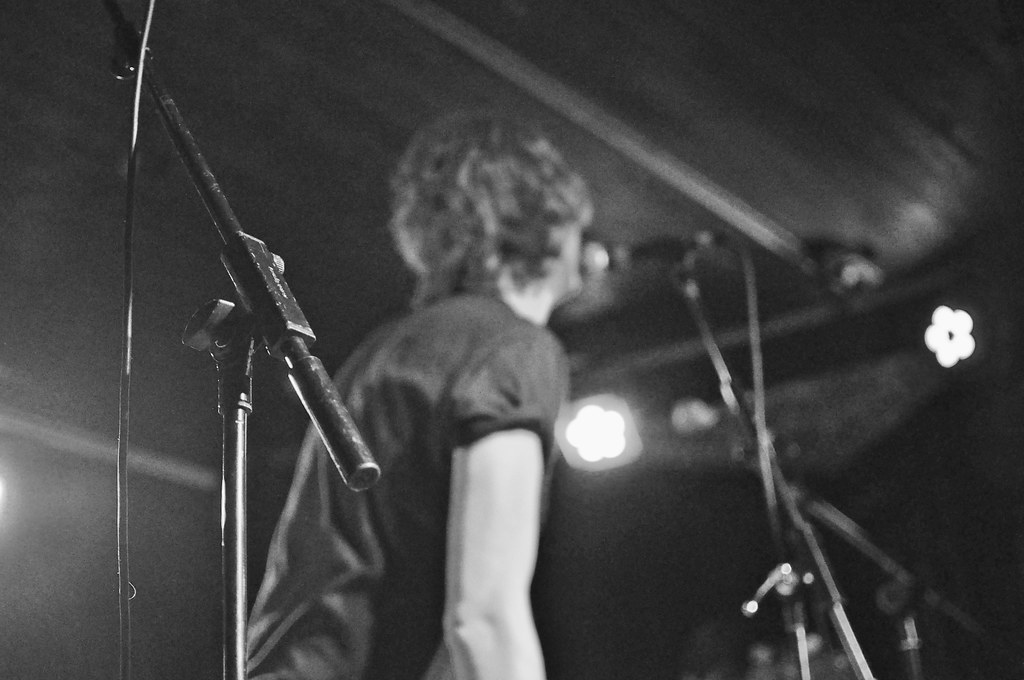 Sam mentioned that I usually do this kind of shot, where the subject you would expect to be on focus is not, and I focus on something completely random or obscure instead. From an artistic point of view, I think this sort of image rocks! (see what I did there?) 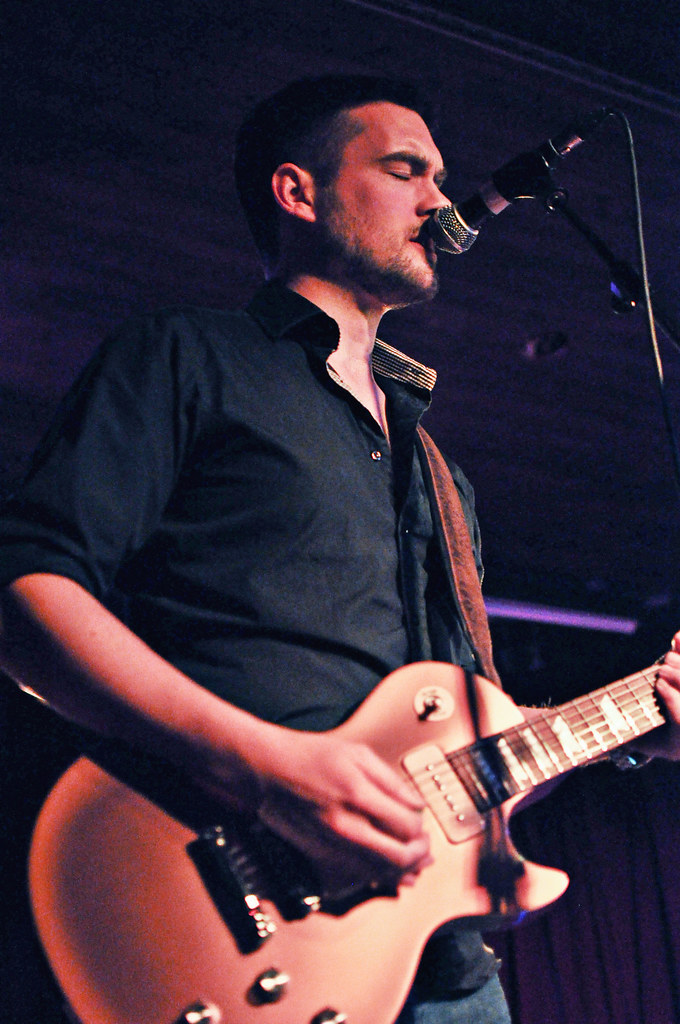 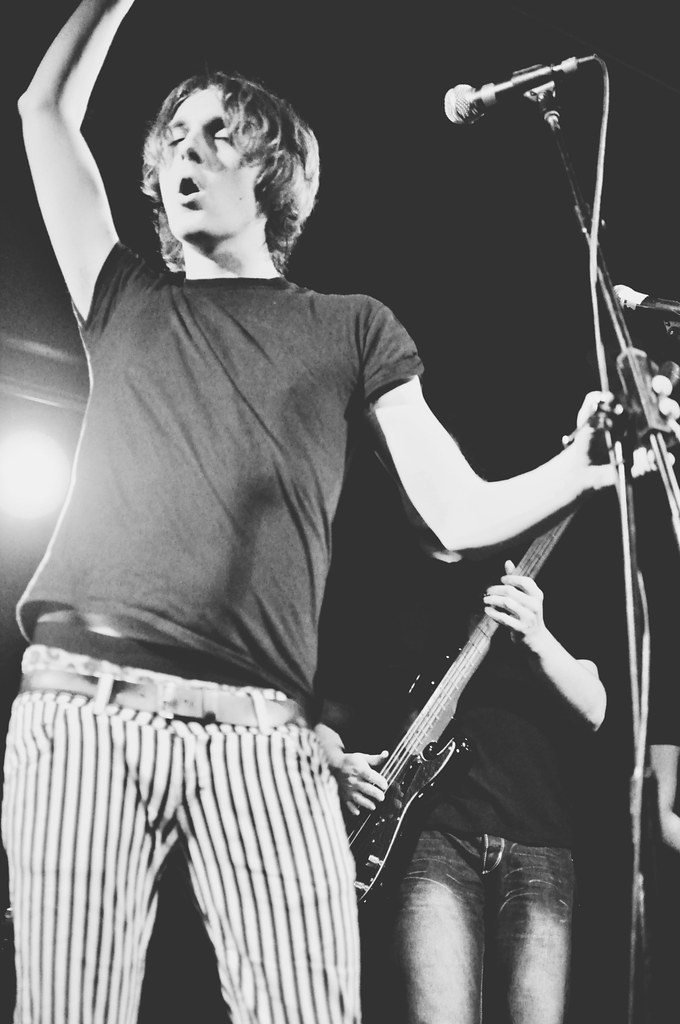 This is pure rock and roll! 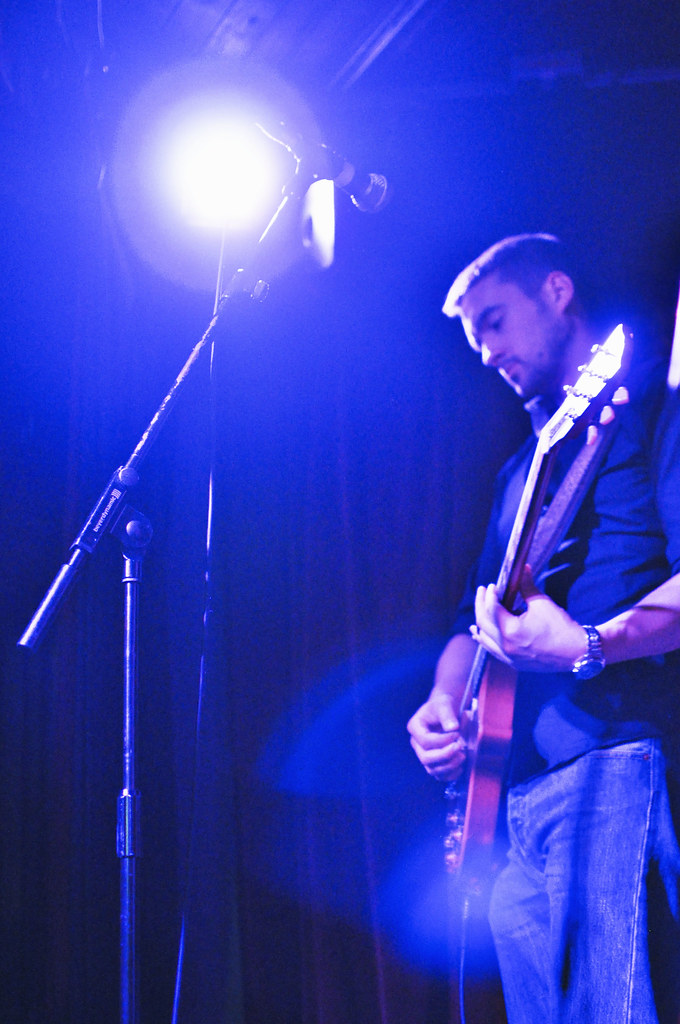 There are a few things I like about this picture. The fact that Mark seems lost in thought, deep in what he’s doing; the light coming from above that hides most of the mic and the reflection on the guitar head. The picture seems overall balanced, so kudos for composition too! 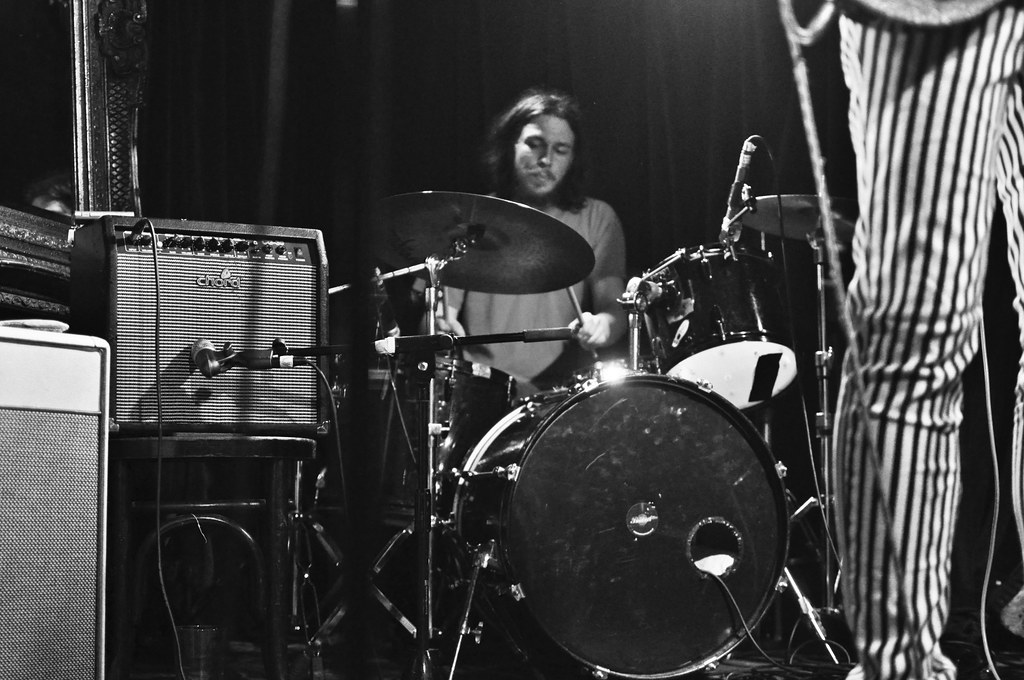 It was a bit difficult to get pictures of Alec and the drums, but I did get a few ones. 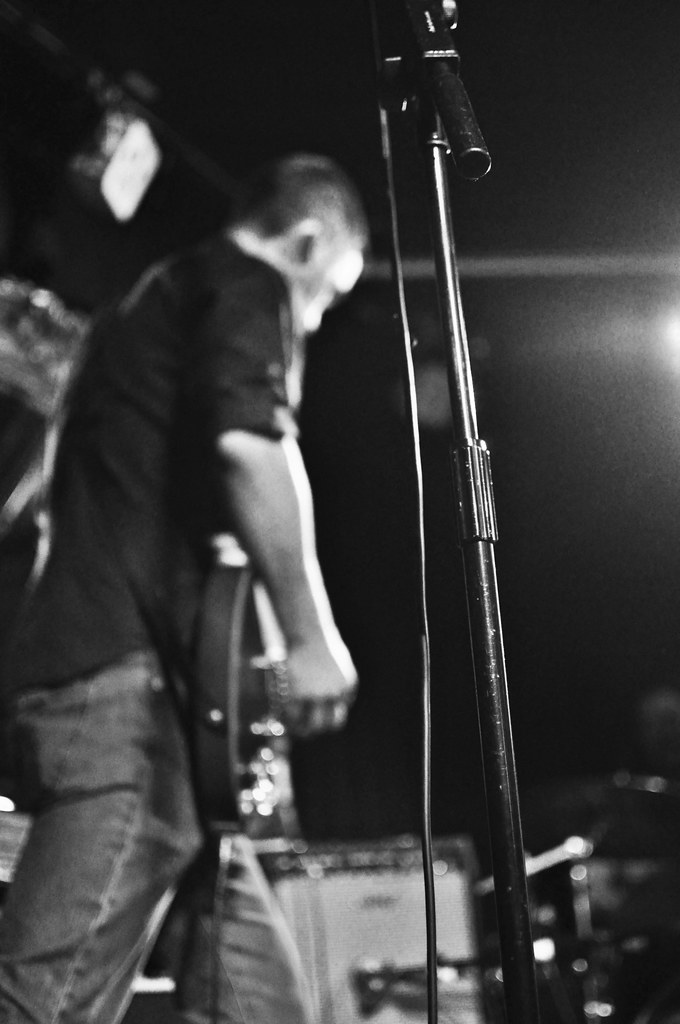 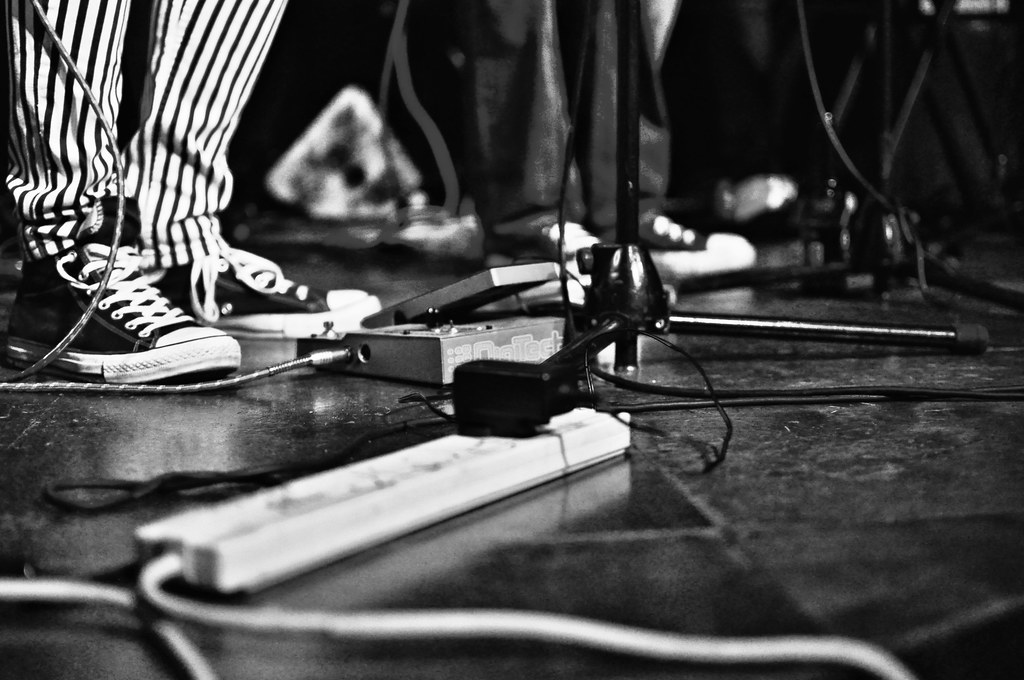 This is probably my favourite photo of the whole set. It’s one of those abstract pictures that you can see as a background on a website, or in a menu. It captures entirely the feeling of small gigs in a bar, as opposed to a massive concert in the O2 Arena. I rather go to the small gig, if you ask me! 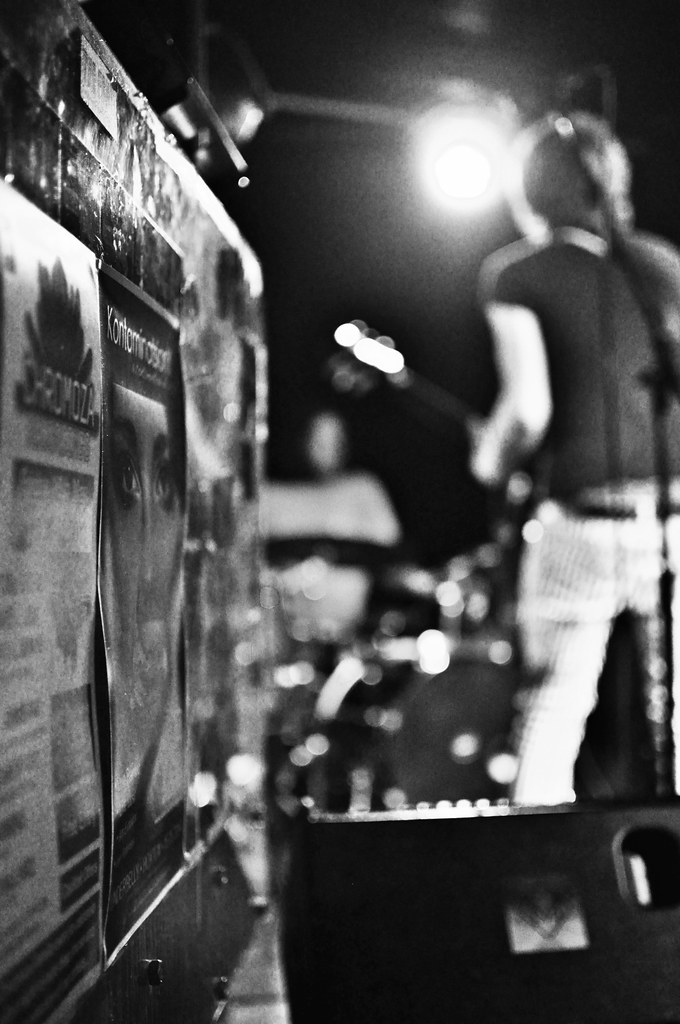 That’s all for now.

I have many more photos, of this and other themes, on my flickr photostream. Have a look!

If you would like to see more photos of Halloween Jack, find out more about them, or listen to their awesome songs,