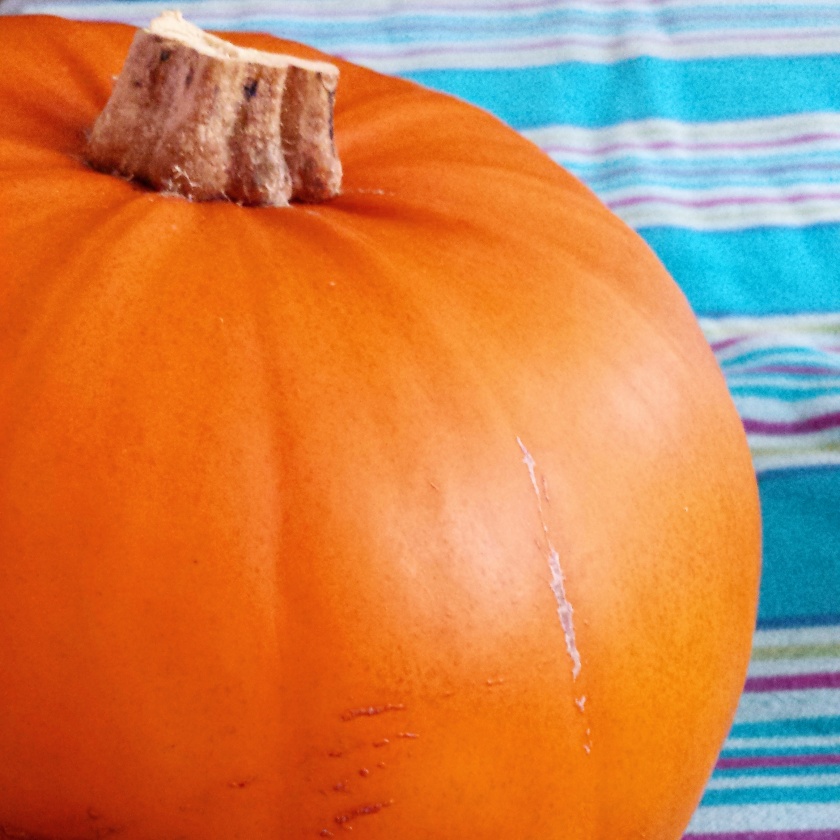 Are you over Halloween yet? Do you have time for just one more pumpkin recipe? It was Halloween last week, and people dressed up, carved pumpkins and had crazy amounts of alcohol (adults) and sweets (kids, but probably adults too!)

In the end, I didn’t dress up. My plans for the evening fell through and I didn’t feel like making a huge effort to just go back home and take my make up off. Funnily enough, I ended up staying in a pub, but that’s a whole different story.

Every year we have a carving competition at work. We ask people to let us know if they want to carve a pumpkin, and then we order them, so they can carve their decorations whenever they want and have them ready for us to judge (us, as in the social committee, of which I am part). This year Halloween fell on a Friday, and we were even luckier because it was a Friday drinks one. Basically, every other week we have drinks in one of the kitchens.

The best part of this is that some people order pumpkins, but then never actually carve them, so we always have leftovers. I decided to take one home with me. After a bit of thinking, I decided to cook it, instead of carving it, and so now I would like to share what I did with all of you.

The first thing I did was cut the pumpkin in half and empty the seeds. I sort of love-hate this part. It’s oddly satisfying to empty the seeds, but it’s also quite gross and slimy. Every time I do this, I always think of zombies. Don’t ask me why.

I then placed the pumpkin halves in the oven, so I could make puree out of it. I cooked them at 180C degrees until they were soft and the skin was easy to removed. I kept on checking by using a wooden spoon to tap/press on the skin. 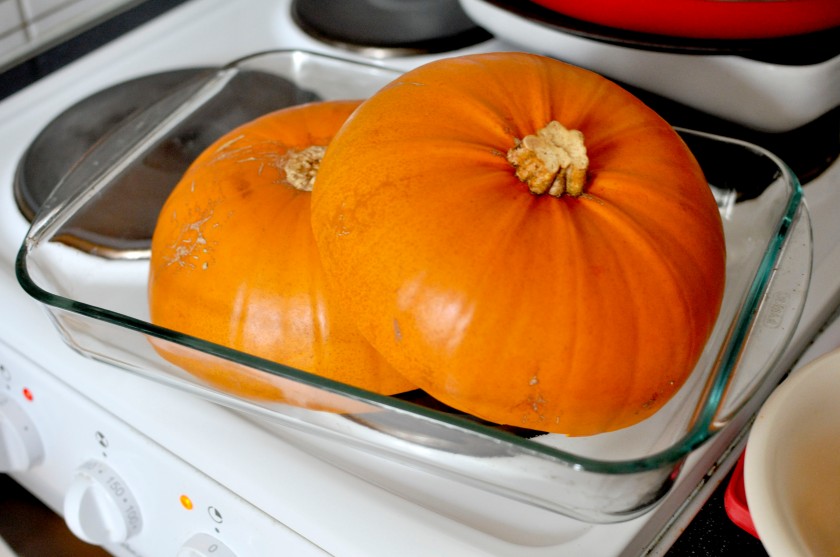 My oven and baking trays aren’t the biggest, so it was a matter of getting creative!

Once the pumpkin was cooked, I let it cool down a bit, and then proceeded to remove the skin. I placed the pumpkin in a bowl and mashed it with a fork. Half way through I remembered I have a food processor, but I was too lazy by then, so I reasoned that it was going to be a truly homemade puree, with some bits and all. I then waited for the mash to cool down completely, before putting it in the fridge.

The next day or so, I finally got around to making the cake, which I did by loosely following this recipe here. I say “loosely” because I have an actual inability to follow recipes, for some reason. I always start cooking full of good intentions and determination, and by the time I’m preparing all ingredients, I already am bored of following the instructions. Also, half of the time I don’t have all the right ingredients because I tend to not write proper shopping lists. By this I mean, the reasonable way would be to have the recipe at hand while going through my cupboards, and write down anything that I don’t have already. My method is to read the recipe quickly and then aim to remember it at the supermarket, spending a few minutes trying to visualise my cupboards to see if I have what I need. Most of the times I get home only to realise I didn’t, so I can’t make that cake until the following day. You would think I’d learnt my lesson by now… 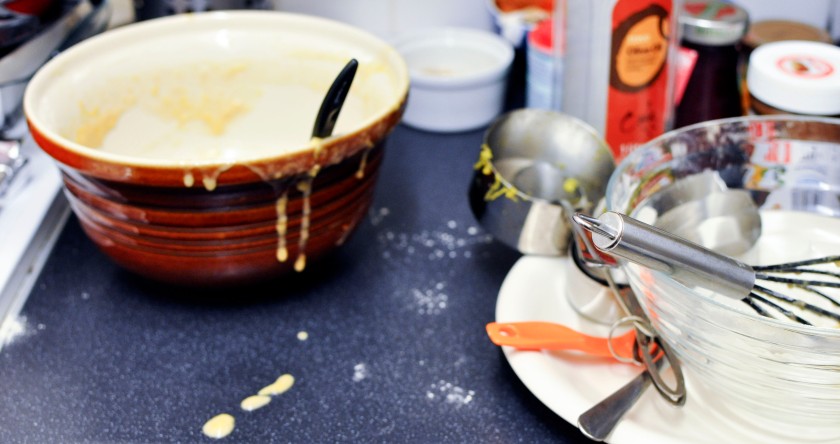 As you can see from that recipe, it’s supposed to be the World’s Best Pumpkin Bread (spoiler alert, it probably is!), baked in a bread tin and all that.

Once again, I was mixing it all by hand, which let me tell you is a lot of hard work, when I remembered again that I have a food processor. Seriously, what is wrong with me? At least I can confirm it’s been handmade (except the icing, I bought that).

When I was taking the photos for this blog post, I realised I need to change my silicon moulds because I always have trouble getting the red colour right on camera! It’s either that, or I really am a bad photographer! 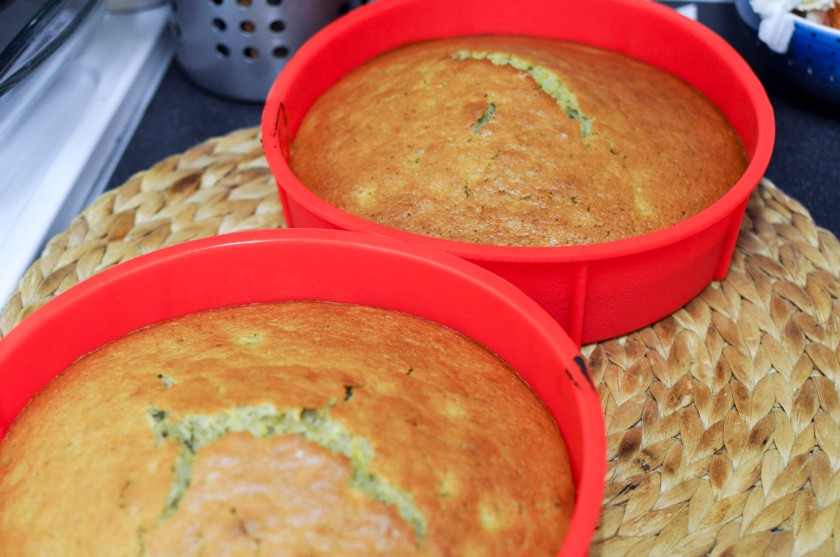 As you can see, following the instructions more or less accurately made the cakes/bread look nice. I did get a tasting of the sponge when a bit got stuck to the cake tin, and let me tell you, it was delicious. 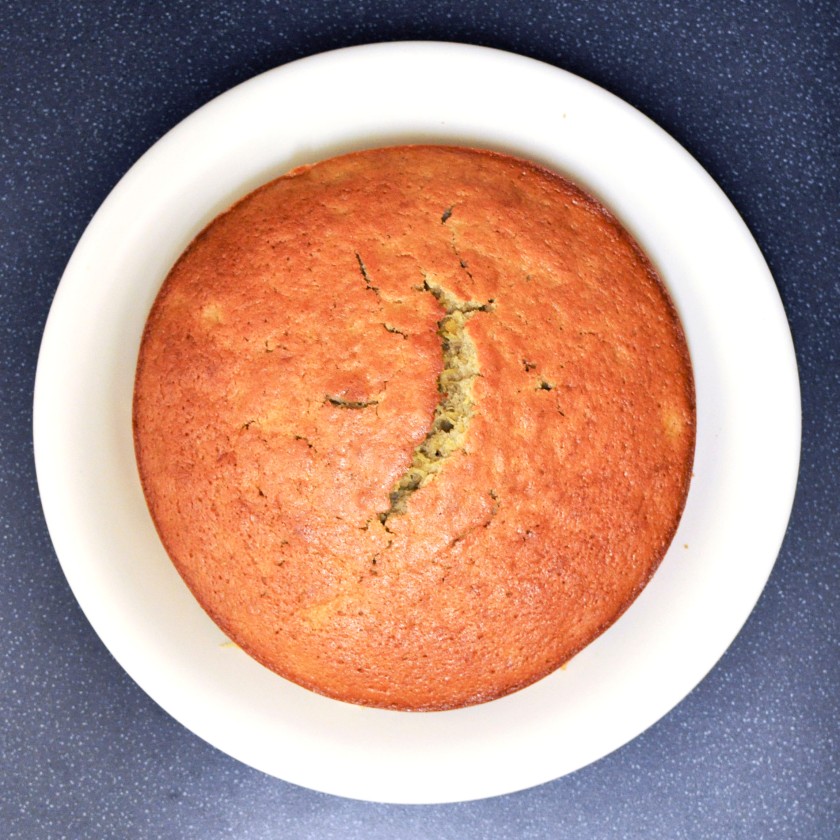 Since I had two cakes, I decided I would decorate one and bring it to work, while leaving the other one naked (as bakers call cakes that have no icing) for our personal delight (my brother’s and mine). I had buttercream icing, which I had bought a few weeks earlier but hadn’t got around to use yet, and some dark chocolate chips.

Luckily, I overslept the following day, which meant that I avoided the worst part of the rush hour in the train, so I could carry my cake box with no worries of it being ruined en route. My colleagues at work were delighted when I appeared with a cake (if you’re ever going to be late to work, always bring treats) and once they tried it, they confirmed what I already knew: this cake was a winner. 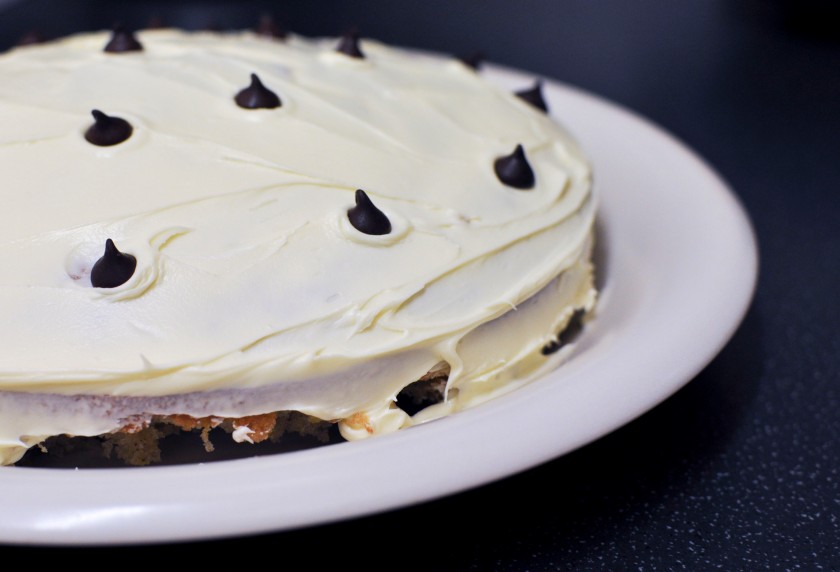 I need to improve my cake decorating skills though, but then again, that plate wasn’t the best one to try to get to the bottom of the cake with a knife full of buttercream icing. 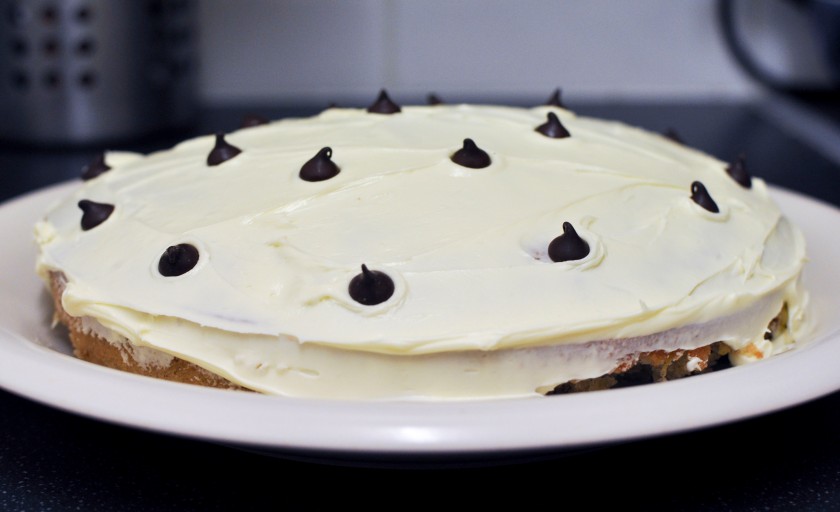 The cake was sweet, with a mix of different flavours (sugar, pumpkin, cinnamon, allspice), and it was moist. It took us a few days to eat the one at home, and even after a couple of days the cake was still amazing. I hope you try making it!

I am far from being a good baker, or a good photographer, and I certainly have no idea how to stage food to make it look amazing. However, I’m trying. The blogs below are my food-inspiration blogs. I hope to be half as good as they are… one day! If you’re looking for ideas, from recipes to how to present the food at parties or dinner, you should definitely have a look at them!