Remind me to not do a weekend like this one ever again… At least not if I want to rest and be able to feel my legs.

This weekend has been mental. I have the feeling Friday was years ago, not just a couple of days earlier.

My shifts at the charity house were very quiet, which I’m thankful for. No fires, no burglaries, and no hospital emergencies of any kind.

On Friday, I did my workout (I brought my dumbbells to the house, which sounds a bit stupid, but hey, I needed them), and it was brutal. It was, simply put, hardcore. There was one circuit, to be done four times (if I remember well) and it included burpees, and wall sits, and plank rows, and many other painful exercises… for 45 minutes.

On Saturday morning, I left the house at 10.30am or so, and went to have a walk. I was meeting Sean for lunch at 1pm, so I had plenty of time. I walked by the river to London Bridge, and then towards Covent Garden. I stopped at a coffee shop to waste some more time, and ended up going to Forbidden Planet for a bit (thankfully, I didn’t buy anything). 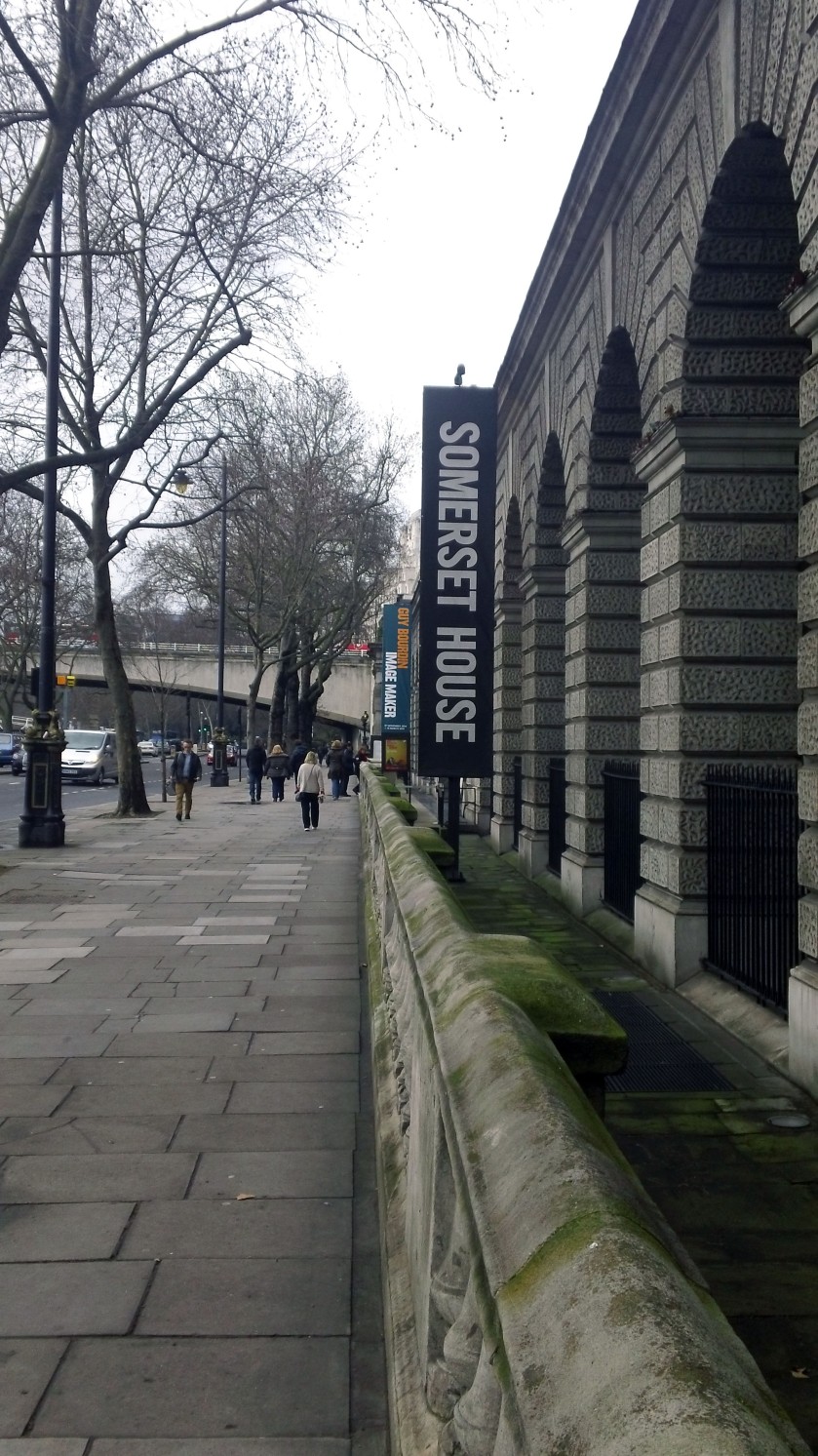 I also managed to walk by Borough Market and finally see the street covered in umbrellas, that I always see (saw) from the train!

Finally met with him and we went to eat at Ed’s Easy Diner. I’ve been wanting to go there since I earnt a 50% off voucher for the whole of February, after answering a survey. A burger, fries and onion rings after, we were stuffed. We decided to walk to the Canadian bar, which was packed (rugby), and we ended up at The Porterhouse, which was also packed, but had a terrace. It was raining, but we were covered by big umbrellas.

After a pint, and only one as I was going back to the house afterwards, we had a brief walk towards Charing Cross. We quickly said bye and I stepped into the shops. Again, I luckily didn’t buy anything.

A few hours later (6pm), I made my way to the house again. As you can imagine, I was very tired from walking all day. I got in, spoke to the girl covering the day before she left, and then went to the relief manager’s flat. I couldn’t wait to go to sleep, which finally happened at 12am.

It was great to meet Sean on Saturday, because Valentine’s Day hit me a bit harder than I had expected. It helped take my mind off it, even if I got a bit hung up on it in the evening (a downside of the night shifts is that you’re usually on your own, which leaves you with a lot of time to fill, and a lot of time to think about your life!).

Whenever I stay at the house, I can’t sleep very well, and I have to get up early to make sure I turn the alarm off again and get everything ready for the day, so after a few hours later, I was up again. I had a coffee, and changed the sheets, got the used ones in the washing machine, cleaned the kitchen and the areas I had used, and went downstairs to turn off the alarm and open the office.

Luckily, the person coming for the day came in half an hour earlier, so I left before I expected to. Not so lucky, my train took ages to arrive, and there were no direct trains to Lewisham, so I had to change at New Cross. It took me a life to get back home.

Once I was back, I had a coffee, and then it was out again to run errands.

I bought a new shower head, since the old one was broken (and you know how it works, the hassle of asking the landlord to change it isn’t worth the £10 a new shower head costs at Argos), found some screws to finally fix the kitchen cabinet that broke, and then decided to hit Primark. I bought a lot of workout clothes, and it cost me almost nothing.

I got home and my brother was already cooking. I finished cooking some sauce, and then we had lunch. He went to work and I was on the sofa, deciding whether to start working on the shower, baking, or having a nap. The nap was winning by far, when I received a text from Brian asking me what I was up to. After a short exchange, I was convinced to go out again and meet him for a coffee around Blackheath. I walked and yawned all the way there.

Two coffees after, I was coming back home, still sleepy (were they decaf or something??) and decided to change into my stay-at-home-DIYing clothes and start doing what I had planned to. Washing machine on, I proceeded to change the shower head, which took me about 30 seconds. Score!

After that, I started baking. I think I’ll be able to share photos of the cake this week (possibly on Wednesday).

Second washing machine on… And I have finally decided to sit down for a bit, so I can write this post while the cake sponges are cooling down, before starting to work on the frosting.

My room is a mess, since I was frantically packing my rucksack on Friday, and I quickly emptied it today when I got home, in order to add the clothes to the washing.

Since I was feeling exhausted this morning, I decided running 8k was going to be a bad idea so based on the fact that between yesterday and today I’ve walked a total of 7 hours, I think I don’t feel guilty about it. Tomorrow a new week of my workout plan starts, and I’m going to be busy at work too with meetings and client events. You can see the outline of the workout schedule below:

How was your weekend? Did you celebrate Valentine’s Day?

Can we all agree to cancel Monday this week??