It’s official, I’m moving at last. My future flat is now empty and being readied for my arrival, and my current flat is… a mess.

I have been feeling like I wasn’t making any dent at all my stuff, like I wanted to get rid of many things but didn’t manage to and it seems finally yesterday I started seeing some change.

For the last month or so, I’ve given away a few more books, DVDs and other stuff. I’m now looking at appliances I can recycle, or give to charity. I’m being ruthless in everything I’m discarding. Old presents, toys, electronics, everything must go. Some are good to be given away, others are as well, but have a layer of grease from being stored in the wrong place for two years (the kitchen, on top of the cupboards), but that’s what happens when you don’t have enough space. I almost threw away my bright pink GameBoy, but I didn’t (not only it was a present from someone I cared about back then, but it’s also a GameBoy, in rich pink!). I must say, I almost stopped packing and tidying to play a little bit of Zelda! I didn’t either. 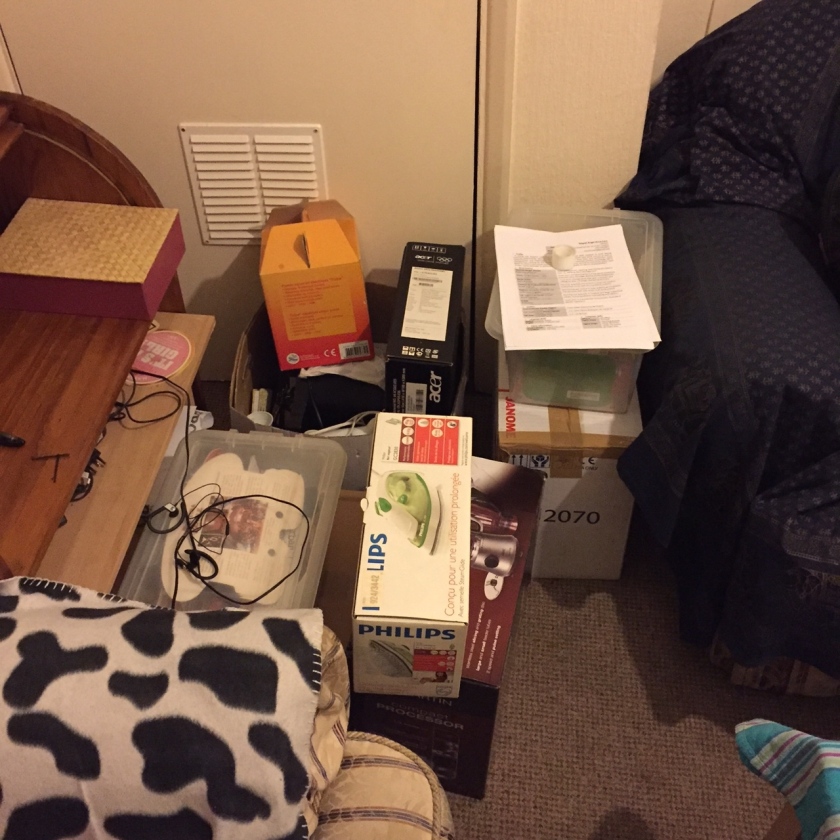 The rooms I’ve tackled this weekend have been my room and the kitchen.

Previously, I had a look at the storage cupboard, and saw that a lot of the stuff in there is to keep, or to throw away (still need to call Lewisham Recycling Centre so they can come and pick up stuff), so that’s good. It shouldn’t take too long.

The bathroom is pretty much bare. I just need to put all the stuff in a bag (one of the thousand tote bags I own, maybe?) and it’ll be ready.

The living room still has some books, all the alcohol (woohoo!) and now it’s full of boxes.

In my room, I’ve emptied the top of the wardrobe and went through all my craft supplies to see what I was throwing away. Not much, it seems… I have thrown a lot away, just not the bulkiest stuff, unfortunately. Still, I now have two empty drawers.

All my yarn has been boxed as well.

I’ve put a bunch of notebooks and books in a small suitcase, so it’s easier to carry around (that’ll be one of those that I will use in the evenings to make some trips to the new flat before moving day). However, the space under my bed is still full of boxes…

In the kitchen, my brother brought down all the stuff I had on top of the cupboards, and it’s been a weekend of washing all the gunk away in batches, because we don’t have that much space to let things dry. I have decided to put all the spices and baking stuff away, in a basket, so I can see some empty shelves and feel like I’m making progress. Now, I’m eyeing my glassware and wondering how many glasses, wine glasses and cups I actually need and how many I can get rid of (question, do you need to recycle ceramic or can you just throw it away?). 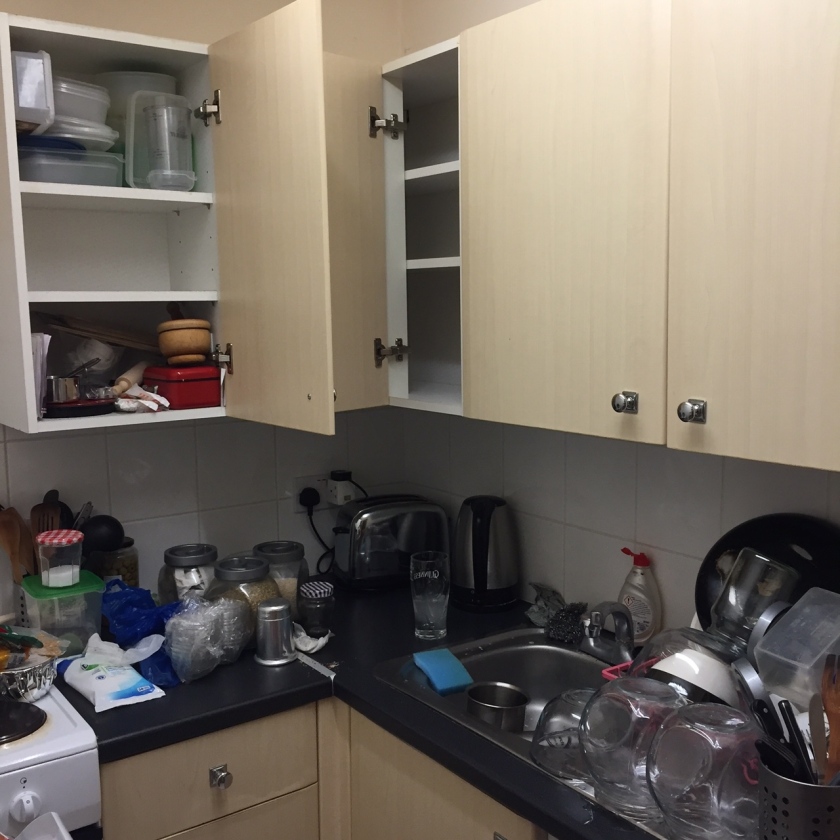 My inflatable mattress is definitely the worst I’ve ever used, so that’s something I’ll be throwing away as well, one thing less to carry!

Since I’m not sure I’ll be able to take more days off before March, I essentially have only four days left (two weekends) and a bunch of evenings to finish packing and do the move. That, and thinking about all the places where I need to change my address and contact details, is making me very stressed. 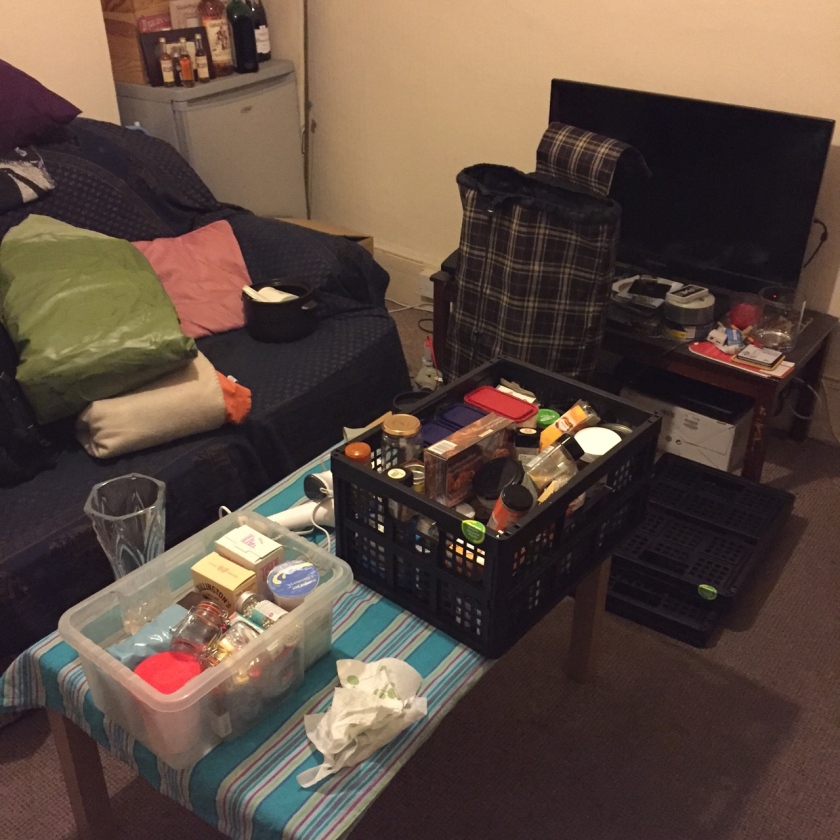 When I look at the flat, I really don’t want to spend even a minute cleaning it to pass the check out visit, so I’m considering hiring a company of cleaners to do it, but it costs around £250 with carpet cleaning (much needed, as we have a high traffic area that won’t be easy to clean). Is it worth it? I don’t know, to be honest…

Since I arrived in London around 10 years ago, I’ve lived in seven flats, so I should be used to moving by now, but I’m not. I hate packing my suitcase for holidays, so packing my whole flat is driving me crazy.

My tenancy ends on 16th February, which means crazy moving weekend will be the weekend just before. I guess spending Valentine’s Day boxing and unboxing is as good way as any… At least I know it’ll end in dinner (probably pizza) and wine!