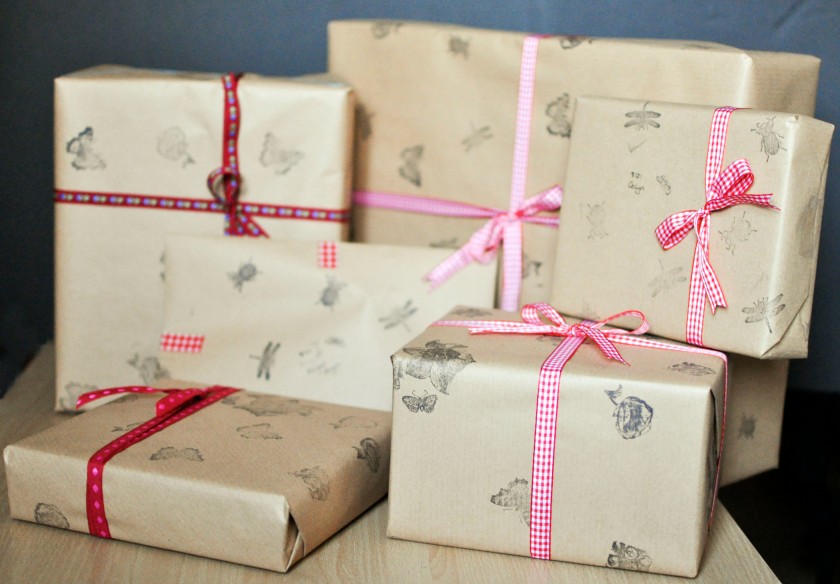 As Christmas Day is gone and Boxing Day is slowly ending as well, I can’t help but feel a bit smug. That’s the true spirit of the season, right? I’m only joking… about the spirit of Christmas, not the smugness!

You see, I believe Christmas is probably my favourite time of the year. Scrap that, let’s say holiday of the year, because I really like summer. Usually I am in full Christmas mode from September, and I just can’t help it.

This year I wasn’t feeling the Christmas spirit that much, and I haven’t gone to Oxford Street or Winter Wonderland, despite being off work since last Thursday. Even the carols on my Spotify Christmas list have been somewhat absent. I don’t normally like shopping either, but during this period I make an exception, because I like getting people presents. Last Friday I met my friend Sean and we went Christmas shopping to Westfield in Shepherd’s Bush. First thought I had was that it was busy, even though it was actually emptier than I had expected it to be. Pretty soon I told Sean I was feeling a bit overwhelmed, and I ended up waiting for him outside shops quite a bit, not because he was taking time (he wasn’t), but because I wanted to get out. The biggest highlight of that day was lunch with him (and our gorgeous bearded waiter), and then spilling an £18 flute of champagne all over myself at the champagne bar by the expensive shops…

Between that day and a quick trip to Lewisham shopping centre on Sunday, on my way back from a night at RMH, I got pretty much everything I needed.

For the past month or two, all my Christmas spirit has been spent somewhere else – finding the best way to wrap the presents! I said above that I like giving presents; not only finding a present the other person might like, but also wrapping it to make it a pretty parcel. I’ve always liked it, what can I say? However, I like clean parcels, plain papers, and all that. I would cringe if I had to wrap my presents in one of those screaming papers with lots of colours and glitter. Not my thing. If that’s your thing, good for you, you probably find it easy to find a paper you like come this time of the year. Personally, just give me some white or brown paper, and I’ll be happy. Let me clarify something, I don’t mind how the presents I get are wrapped! I find them all pretty regardless, it’s just the ones I give the ones I obsess about.

After much thinking, and much Pinterest browsing, I decided on brown paper. Not even pretty brown paper, I went straight for the one you use to send parcels by post. I grabbed the set of stamps I bought from Paperchase ages ago, some ribbon, scissors, you know, the usual tools.

I started relatively early in the morning, and I didn’t have that many presents to wrap… Still, I forgot to have lunch and by the time I was finishing the last one, the sun had set a while ago, so the last pictures were made with the really bad lighting at home. 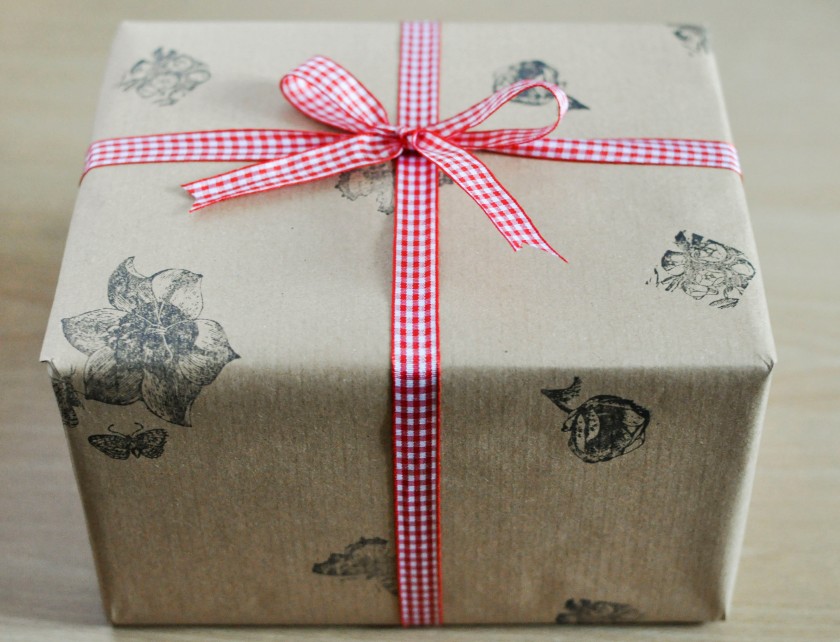 Here’s another detail into the process: 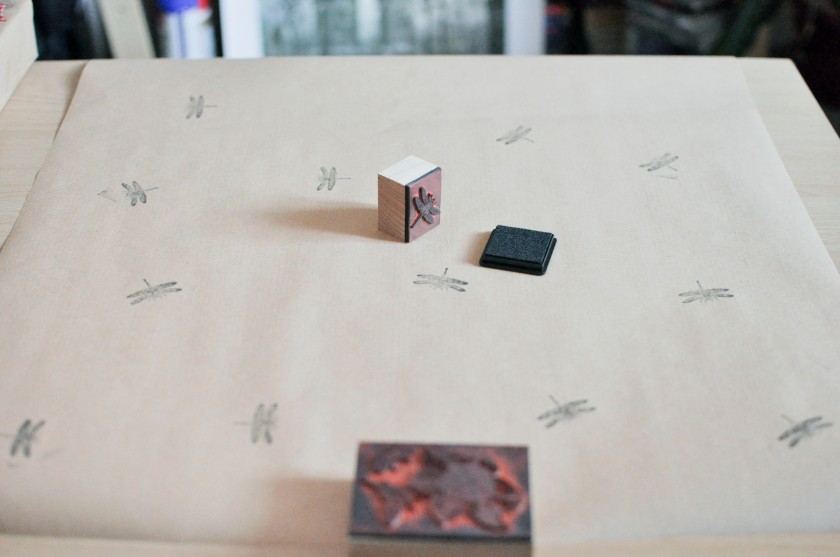 I bought my brother the Lego camper van, and since I had to stretch the budget a bit and that meant he was going to get only one present, I decided to play a little prank on him, to keep him entertained longer and not just make it a one-present thing, gone in a second.

I gave him this big present, which didn’t weigh anything at all, so he didn’t know what it could be. When he opened it, there was a big box from Amazon, which I had reused.

Inside the box, there was a bag from ScreenFace, a make-up shop where I’ve bought my Halloween make-up a couple of times. He was confused at this point. 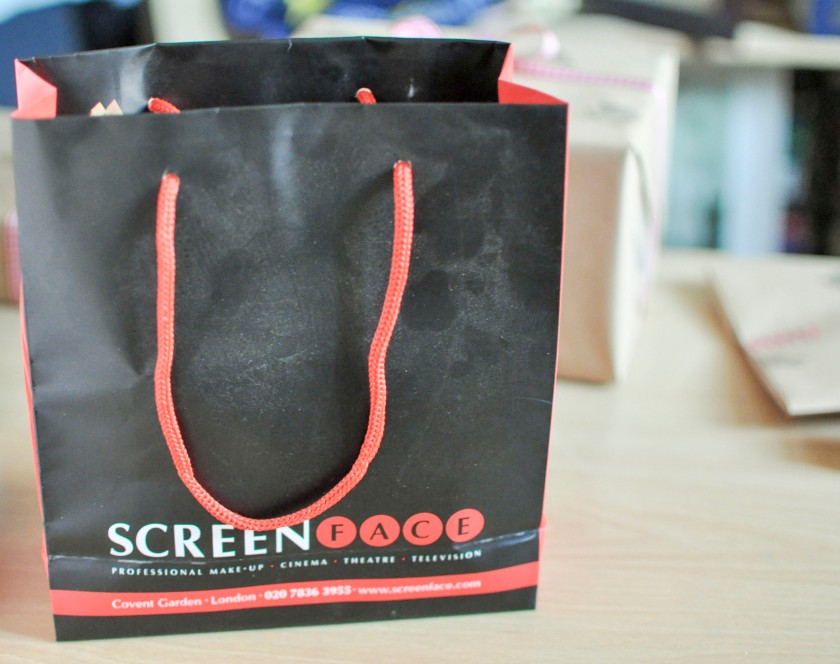 I decided to throw him off the scent by giving him some encouragement to go on, as I knew by this point he would be smiling, but cursing me for being an annoying sister. I lied a bit by telling him all the padding was because the gift was fragile. Ha-ha, I’m cunning!

He kept repeating “more tape… more wrapping paper!” like a mantra. I wondered if I had managed to break him and he was losing it. Luckily we were almost there.

When he finally saw the card, he looked at me a bit in disbelief, as if to say “tell me you just didn’t have me unwrapping for half an hour for this, not even a gift card?“, and maybe even told me off, but he loved the whole thing because without a moment to spare, he jumped over the sofa to find his real present.

His present was the only one that I wrapped in a different theme and I used some stickers I got from Paperchase for scrapbooking, and that I hadn’t used yet (I’m planning on making a scrapbook cookbook, but I haven’t got my head around how to make it look nice yet).

We took photos of the process of building the camper van (we stayed until 4am!) which I’ll share with all of you soon.

I had a lot of fun wrapping these presents, even if they were hard work. We had Christmas dinner at my friend Su’s place, with her dad and her sister, and it was a lot of fun.

I would like to think that receiving a prettily wrapped gift makes the whole experience even more enjoyable for the person receiving it!

The presents I received were awesome too, especially the copy of Surprise Inside Cakes, by Amanda Rettke, from i am baker, one of my favourite blogs for cakes. I can’t wait to put it to good use!

Did you celebrate Christmas? How was it? Do you enjoy wrapping presents?